Betting Sites Cricket What is a Beamer in Cricket?

What is a Beamer in Cricket? 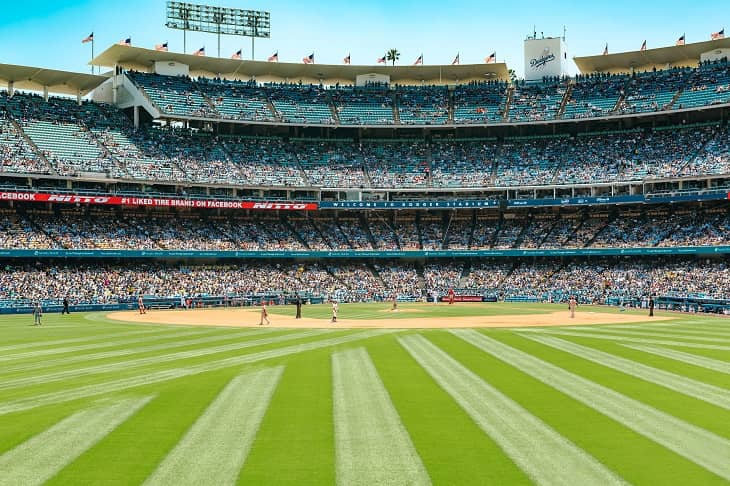 Cricket has a lot of unique rules, and one of those is understanding what a beamer in cricket is. In cricket, this is labeled as any time the bowler delivers a ball that doesn’t bounce and ends up passing above the batsman at waist height. This type of delivery is deemed dangerous in cricket, since the batter will be expecting bowlers to bounce the ball in their delivery.

When the ball doesn’t bounce when it’s bowled, it makes it hard to avoid getting hit with the ball with the striker standing upright, which means there’s a chance for physical injury, including the ball making contact with the batman’s head.

Many times, such a delivery is not done on purpose. But, other times, an umpire considers it to be one of the deliberate cases. Let’s take a further look at what a beamer is in cricket, including what happens to the bowler and the batsman in both cases.

If you want to bet on cricket, you should check out our site before you do so. Whether you’re betting on some of the best players in the world such as Sachin Tendulkar or Brett Lee, you want to do so at a safe sportsbook site that offers great rewards and promotions.

Our team of experts breaks down all the different sites that offer betting on a cricket match, including prop bets on innings or straight up who wins the match. So, check out our site before you sign up at any sportsbook. We provide you all the information you’d want to know about how to bet on cricket and what sites would make the best fit for you.

What is a Beamer Ball?

A beamer ball happens any time that the ball doesn’t bounce when a player is bowling toward the batsman. Fast bowlers may try to skip the ball up late, and it might not bounce before it gets to the batsman. This can be very dangerous, which is why it’s illegal. A full toss of the ball must bounce when it’s bowled.

Beamer balls happen a lot in younger players who are trying to bowl fast, especially before they’re able to really refine their skills. Many times, they bowl the ball dangerously close to the head height of a batsman, albeit accidentally. Still, it’s considered illegal in cricket.

When this happens, the penalty is an immediate no ball in Test matches. In One Day matches and T20 matches, a free hit is also awarded. Remember, it will be considered a beamer if the bowler bowls a ball and crosses the batsman’s waist height without bouncing. Such deliveries will be considered a no ball and illegal, no matter whether the ball aimed on purpose or not.

What is Dangerous Bowling?

Dangerous bowling is any bowl done when bowled that could cause serious injury. When this happens, the bowling player will be given a warning by the umpire. If the umpire deems that the bowler is trying to inflict physical injury on purpose, he may end up increasing the penalty for repeated or deliberate cases.

In fact, if too many beamers are called, the umpire suspends play and can make it so the player is barred from bowling for the rest of the match. That happened to Waqar Younis during the 2003 Cricket World Cup.

A beamer doesn’t have to be done on purpose, though. Sometimes, the no ball can be called if a pace bowler has the ball slip out of a bowler’s hands, such as if there is a wet ball. Such a ball will still be considered a beamer, though, if it doesn’t bounce before it reaches the batsman at waist height.

The bowler can legally target a batsman’s head, but it can’t be a full toss. It must bounce first. That’s a skill that’s built over the years, though, and it can result in the bowler popping crease or committing a beamer even if it wasn’t bowled deliberately with malicious intent. This happens a lot particularly younger players who are bowling for some of the first times.

How Many Less Commonly Beam Ball Are Allowed?

If the umpire considers the beamer do be dangerous for a batter to face, he will give a first and final warning. The second beamer of this type that happens will likely result in the bowler being banned from playing the rest of the match or the same innings. Other bowlers will have to pick up the slack, then, even if it’s in the death overs.

Beamers were set up as part of the unfair play laws in cricket. They are designed to make sure that the play is fair and safe for all the players. Balls that don’t bounce before they get to the batsman can be very dangerous, especially if they are aimed toward their head. That’s why the umpire will give warnings and then assess a severe penalty if it keeps happening.

A ball bowled that doesn’t bounce before it gets to the batsman will be considered a beamer whether it’s on purpose or not. The difference is that the bowler probably won’t be barred from bowling unless he continues to do it over and over again.

The umpire will give a warning to the bowler for committing a beamer, and will ban him from further innings if he continues. Bowlers may try to target the head of a batsman if he’s standing inside, but the ball must bounce first before it gets to him.

A beamer is an illegal and sometimes dangerous play in cricket that has to do with the ball not bouncing before it reaches its destination. The umpire can give warnings for this, even if it’s not done on purpose, and then ultimately ban the bowler from further action.

It’s important to understand all the details and rules of how to play cricket if you’re going to bet on the sport. Check out our site if you want to find out more information about betting on cricket, including the best sportsbook ope