The Champions League is perhaps the biggest competition European football each year. It brings together all of the best clubs throughout Europe. The Champions League Group stage is one of the most watched competitions in the entire world, making it extremely popular to not only watch but also bet on consistently.

If you’re looking for some of the best football, you can’t go wrong watching top clubs such as Bayern Munich, Real Madrid, Manchester City and Manchester United duke it out in the play off round.

We Have the Best UEFA Champions League Predictions

If you’re looking for the best Champions League tips, then you have come to the right place. We provide all the best football predictions throughout the competition, from the group stages at the eight groups, to the Round of 16 all the way to the Champions League final.

Our experts breaks down every angle of every match in the competition so you can get good angles and tips on every game of the tournament. This will help you use any free bets you have to play the odds and win a great bet or two.

On February 15, two of the best teams in the world will play each other in the Champions League Round of 16. The first leg of the matchup between PSG and Real Madrid will happen that day, with the second leg scheduled for a few weeks later on March 9.

Each club is among the top in Europe, coming from two of the best leagues to reach this tournament. PSG made it out of group play by finishing second in Group B with 11 points, behind only Manchester City. Real Madrid, meanwhile, finished the group stages in first place in Group D, with 15 points. That was five points better than Inter Milan, which had 10 points.

The group games were a great warmup for these teams before they reached the knockout stages of the tournament. Real Madrid finished off the group stages with five wins and one loss. PSG finished off its group stage with three wins, one loss and two games that ended in a draw. It wasn’t the best group stages performance for PSG, but it only matters that they make it out of the round rather than going down to defeat.

Now, each team will play each other in two legs starting in February to see who will advance further in the knockout stages of the Champions League. While the group stages are always fun to watch, the real action starts now for all the teams that either won their group or at least finished in second for the group.

This should be one of the better matches in the history of the Champions League, as it pits two of the best teams in Real Madrid and PSG against each other. There’s sure to be plenty of action and drama in this match as both teams look to win matches to make it to the Champions League final.

How the Champions League Works

The Champions League brings together the best teams from each major league in Europe for one huge competition to see who can become the best club in the game. This means top teams such as Bayern Munich, Manchester City and Manchester United will come together in a World Cup-like atmosphere.

The competition starts with a group stage that has four teams in each group. They will play six games in this group stage to see which team has the most points won. The top two teams from each group will make it out from the four teams in their group to get to the next round.

So, how Bayern Munich, Manchester United and Manchester City win in their respective leagues will determine if the qualify for a match in the Champions League as well as what draw they get.

How We Make Our Champions League Tips

All of our Champions League predictions are made with a lot of research and information. We take the time to factor in a number of different pieces of information to all of our betting tips so that you can use your free bets wisely on a match in the eight groups stage or any other stage.

Why the Form is Important

How a particular team is performing recently is a huge factor in how we make our tips and predictions. For example, Bayern Munich is one of the best teams in the game. However, if Bayern Munich isn’t playing well lately, we may adjust our betting tips to reflect their recent form.

If they haven’t scored a lot of goals recently we may adjust our bet tips so their outlook isn’t as good. Then, you can match these tips and predictions up with the odds that are out there to make the best bet on the Champions League.

The Role of Statistics

Statistics are a huge factor in all of our Champions League tips and predictions. We look at every stat throughout the league season and into the various tournaments. We want to know who scored, when they scored and what the outcome of the game was.

We also factor in the odds and match that up to the in-depth statistics so we can help you make the best bet on the Champions League season or final.

All of our betting tips take into consideration the latest team news. Throughout every season, there is a lot of news that comes out of each team. We factor that news into our Champions League betting tips, because it can help make a better prediction for a bet every week, all the way up to the final.

If a player is injured, for example, it could significantly impact how he plays in the final. Looming transfer news could also affect the final outcome of a match. That’s why we integrate team news into all of our betting tips.

Here are some answers to frequently asked questions so you can gain some more information before you place a bet on the final of the Champions League, or any other stage of the competition.

We have the best site for tips and predictions on the final and every other stage of the Champions League.

Who Will be the Top Goalscorer of the Champions League?

There are a lot of stars in this tournament, so it can be hard to pinpoint just one leader in goals scored. The leader right now is Sebastien Haller of Ajax, who has 10 goals in 6 matches.

Robert Lewandowski of Bayern is next with 9 goals in 6 matches, then Mohamed Salah of Liverpool and Christopher Nikunku of RB Leipzig with 7 each. If you’re looking for one pick, though, Salah could be a good bet, especially if his team continues to advance.

Who Will Win the Champions League?

There are a lot of great teams in the tournament, making it difficult to pick just one champion. Liverpool, Ajax and Bayern Munich finished with the most points in the group, with 18 each.

That being said, Manchester City has been one of the best teams in the world recently. They lost last year’s final to Chelsea, but they could be primed for a victory this year.

We provide the best information and insight so you can take advantage of all the best odds to make a great bet on the Champions League tournament.

Discussed in this article are the best Champions League Predictions 2022/2023. If you are from India and liked to bet on Champions League matches, register with any of the featured sites here. 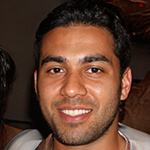